The class library of mulle-objc is the MulleFoundation. For compatibility its name is shortened in #import statements to just “Foundation”. e.g. #import <Foundation/Foundation.h>. 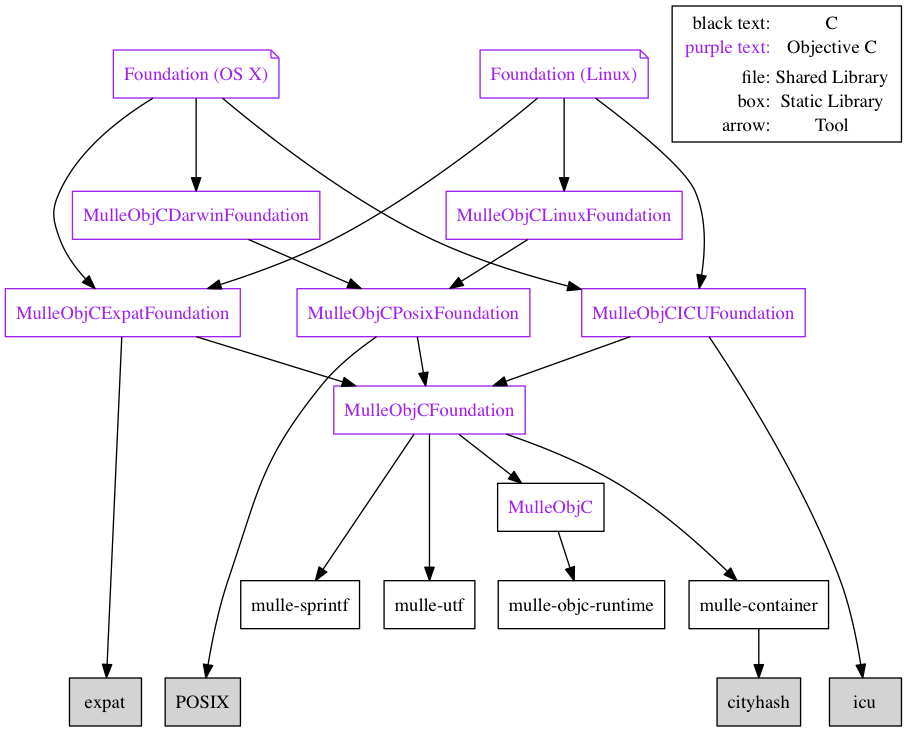 The MulleFoundation is assembled on a per-platform basis from various components.

git is used by mulle-bootstrap to download the dependencies.

cmake is a cross-platform Makefile generator. It is used instead of autoconf because it is somewhat easier to use and is available on more platforms (Windows).

The mulle-clang compiler is needed to compile the various frameworks. They do not work with a different Objective-C compiler.

(In addition to those needed by the runtime itself)

The Foundation is designed so that you can add and remove Features cleanly and quickly.

If you want to run a different class library with mulle-objc, it would be probably easiest to build on top of MulleObjC.