The basis of everything is the mulle-objc-runtime. The runtime is written in C and actually doesn’t need the mulle-clang compiler. 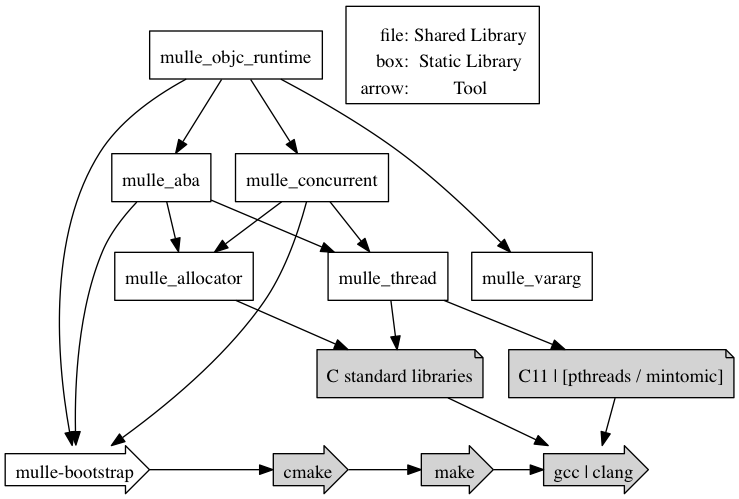 git is used by mulle-bootstrap to download the dependencies.

cmake is a cross-platform Makefile generator. It is used instead of autoconf because it is somewhat easier to use and is available on more platforms (Windows).

A standard C11 compiler is needed to compile mulle-thread which is the most problematic library. All other libraries should compile with pretty much any C compiler.

mulle-clang is based on clang. It should be at the same version as the current clang, but minimally it is clang 3.8. clang 3.8 has support for <stdatomic.h> and <stdthreads.h> so the next thoughts should be a non-issue. (But you never know)