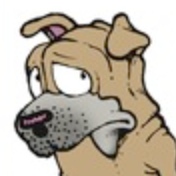 With macOS Catalina, Apple made zsh the default shell. Pundits saw this as a sign that the bash will eventually be dropped from macOS, which of course is not good news for bash coders.

The zsh is very, but not entirely, compatible with bash. If you restrict yourself to a common subset of both shells, namely Bourne shell capabilities, and add some glue code for a few needed differences, it is possible to run the identical script with either bash or zsh.

I’d like to give preference to the bash and use the zsh as a fallback, unless I know that the zsh will give me much better performance. So this is the (default) decision matrix:

The solution I came up with, is the following code taken from mulle-boot:

In case the currently executing shell is already the bash or zsh (checked with the version tests), then the script just bypasses everything and the script continues. This happens in real life on the first run. And it always should happen on the second run.

If we are actually in the Bourne shell, we now let either the bash or the zsh re-evaluate the whole script. The --no-auto-shell gets prepended to the arguments to signify that a “boot” has happened. It is also necessary to quote protect the arguments from evaluation by the shell. That is as tricky as is shown in sh.

Now the script runs in a platform independent manner either in zsh or bash.

Technically the --no-auto-shell shouldn’t be necessary as either of the two shell version values should be defined on the second run. But in case they aren’t, we aren’t looping endlessly.

Back to Scripts: shebang
Next Statements: For