Continued from mulle-objc: a new Objective-C

So the mulle-objc runtime is written in pure C. How is that supposed to work ?

Currently a method is just like a C-function. You declare the parameters and they are passed by using the current ABI scheme. Sometimes on the stack, sometimes in registers, sometimes in a mix of both.

That makes things very complicated on the runtime side, and you need special libraries like FFI or write your own assembler code to access the arguments.

I try to keep the language consistent with respect to parameter-vs-argument. So as we are inside the function, it is parameter. In that respect, main( argc, argv) is wrong :(, confusing.

A method in mulle-objc has two faces

On the syntax side, you still write code like this:

but internally the compiler creates a method like this:

All parameters outside of self and _cmd are passed via a single parameter _param, that references a struct. This struct is created in the default C struct manner, and not in the “hidden” stack/register ABI layout, so sizeof() and offsetof() can be used.

And the message send routine itself looks something like this now:

The fixed number of only three parameters makes everything much easier for the runtime implementation.

A more formal definition of the mulle-objc meta call convention 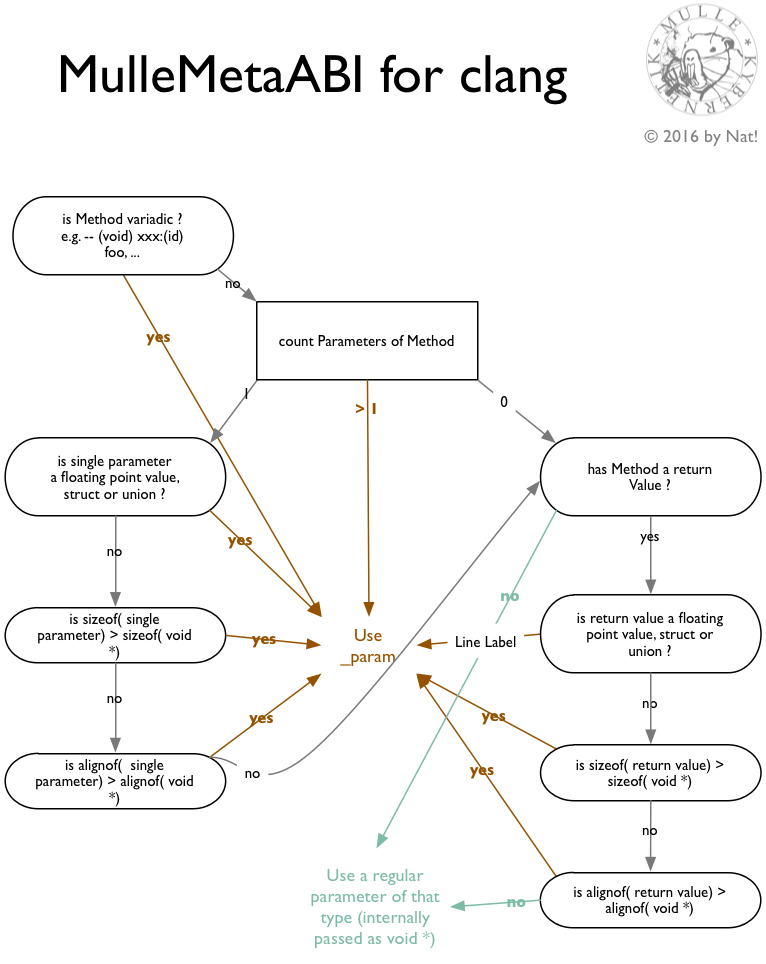